An excercise routine minus the routine — this is constantly changing workouts built on functional movements.

These workouts are designed to be completely scalable and as intense as you allow. We provide a safe, fun, supportive environment for any one of any age and ability to attain the once thought unattainable. Walk through the door—give this 100% and it will change your life!!

Ja' Cinda King
Ja’Cinda King first began CrossFit in March of 2012.  In that same year she attended her first competition, as a spectator, and instantly fell in love with the competition aspect of CrossFit.

She was also drawn to the camaraderie that CrossFit inspires. She continued in her personal CrossFit journey and competed in her first competition. Striving for her own success was never enough; she began studying and decided she would get her Level 1. CrossFit became a way of life and something she couldn’t help but share with everyone. Ja’Cinda has a passion for competing as an athlete, but more than that, for helping to push people to become the very best version of themselves they can possibly be.

2013 was a big year for Ja’Cinda. She achieved her Level 1 and began coaching small, private sessions.  At this point she starting see the tremendous impact that CrossFit had on her clients. She then fell in love with an entirely different aspect of the sport: watching athletes grow in confidence as their physical fitness improves.

In addition to her Level 1, Ja’Cinda holds certifications in Mobility, Gymnastics, and Kid’s CrossFit.  She received her Kid’s CrossFit Certification in September of 2015. She then started the Kids CrossFit program at CrossFit Velox. She loves seeing kids become strong physically, but also mentally confident through CrossFit. She has seen many milestones.

As now Owner and Manager of CrossFit Velox, Ja’Cinda is excited to see how her athletes’ fitness journey continuously grows and changes.

Justin Slaugter
Justin has not only been interested but involved in fitness for many years. The gym has taken on a sense of sanctuary to him. Originally from California, Justin moved to Elk City and

quickly found himself in the local gyms  meeting new people and gaining knowledge when and where he could. It wasn’t long before he crossed paths with Tyler Smith and began working out at CrossFit Velox. With the drive to learn more, Justin proceeded to obtain his Level One certificate not knowing he would become a coach but to simply absorb all he could and better himself. Justin has now been coaching CrossFit athletes since 2013. Justin specializes in weightlifting movements like deadlift, squats, clean & jerk and snatch to name a few. His plethora of knowledge about the movement of the human body is impressive. His passion to always be learning something new spills over to his athletes and coaches and has assisted them in correcting major to even the most minute adjustments to obtain their goals.

Be the best version of yourself. 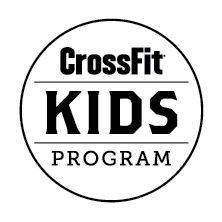